Joan Patricia Seery was born in Sydney on 8 September 1934. She attended St Anthony's School, Clovelly. Joan married Ronald Sydney (Ron) Birch in 1959 a partnership that led to her unstinting service to the credit union movement. Soon after her marriage Joan assisted with typing for the Sydney Water Board Officers Credit Union Co-Operative and with the City of Sydney Chapter. The Chapter was at the time the only organisation providing training for directors in the credit union movement and Joan developed an interest in the area of Director education. Joan Birch also 'had dealings with both the Belmore and Earlwood Credit Unions’.

Following a break from the workforce to raise three children Karen, Gregory and Narelle, she held several senior secretarial positions the last of which was Secretary to The Group Sales Manager of 'a Cosmetic Company'. By-pass surgery in 1985 led to her decision to seek part-time work. In 1986 she was appointed Secretary of the Institute of Credit Union Directors, a position for which she was uniquely suited from her knowledge of Director training needs developed when serving the City Of Sydney Chapter. 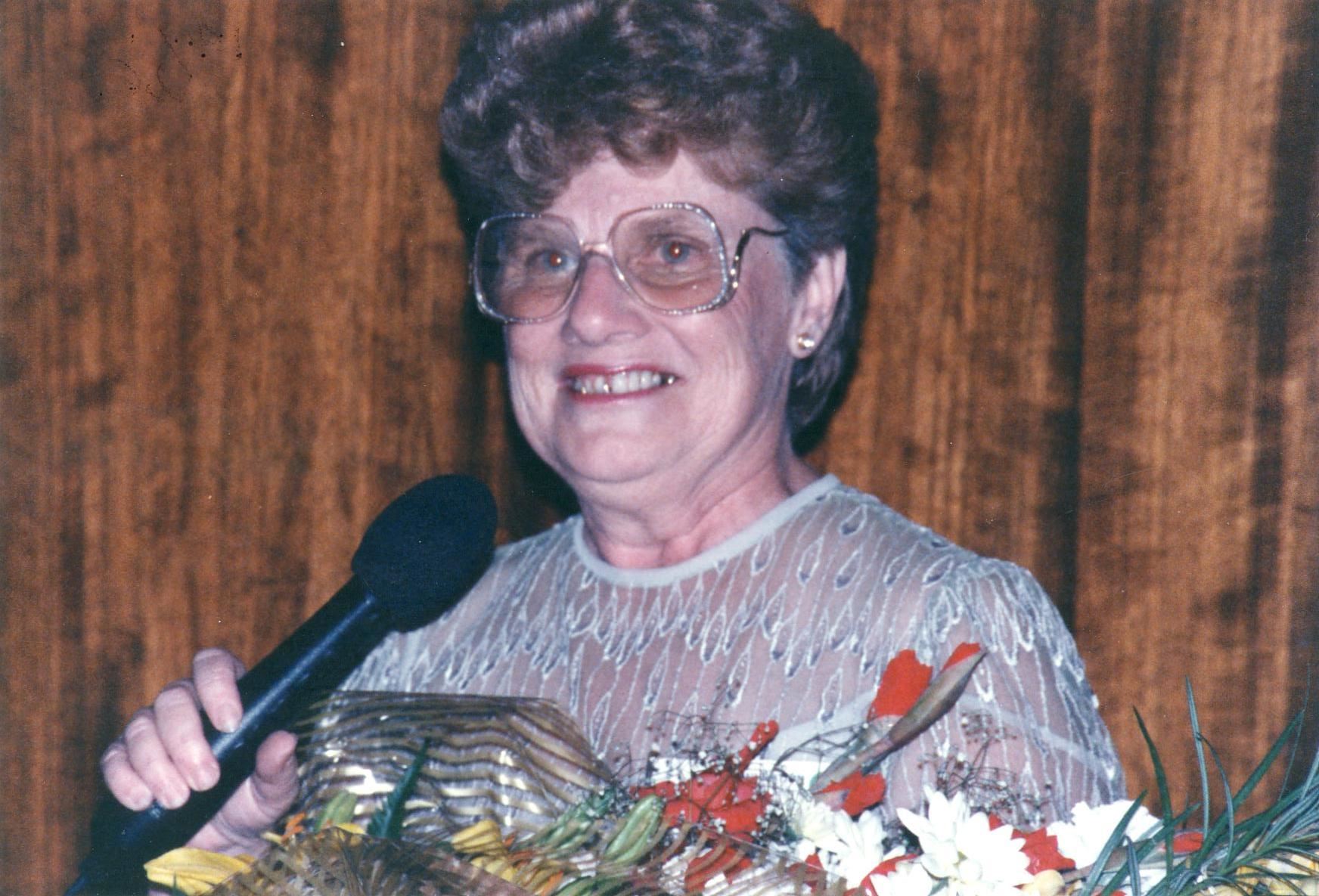 Joan at the Institute of Credit Union Directors Convention, Canberra 1988

(1) Initially she worked from home until premises were purchased for the Institute. Joan’s original role to ‘ attend meetings, take minutes and handle correspondence’ expanded to include organising for the increasing number of courses, week-end seminars and National Conventions conducted by the Institute, planning for the creation of the Australian Institute of Credit Union Directors Ltd which was eventually formed on 22 November 1995 and for a further office location.

Joan retired from the Institute on 30 June 1995 following a second incidence of by-pass surgery. In the same year she received a Distinguished Service Award at the National Convention. In reporting on this honour Australian Credit Unions Magazine reported "Joan has advised directors and managers on a wide range of issues, encouraged directors to seek election to the ICUDA [Institute of Credit Union Managers, Australia Inc] Management Committee and negotiated with lecturers and presenters to contribute their time to the Institute’s courses.. ... her vision and enthusiasm will be missed.

Joan Birch was made an Honorary Life Member, of The Australasian Institute of Credit Union Directors Ltd on 28 August 1998. ‘in recognition of the significant contribution to the development, education and training of credit union directors.’ 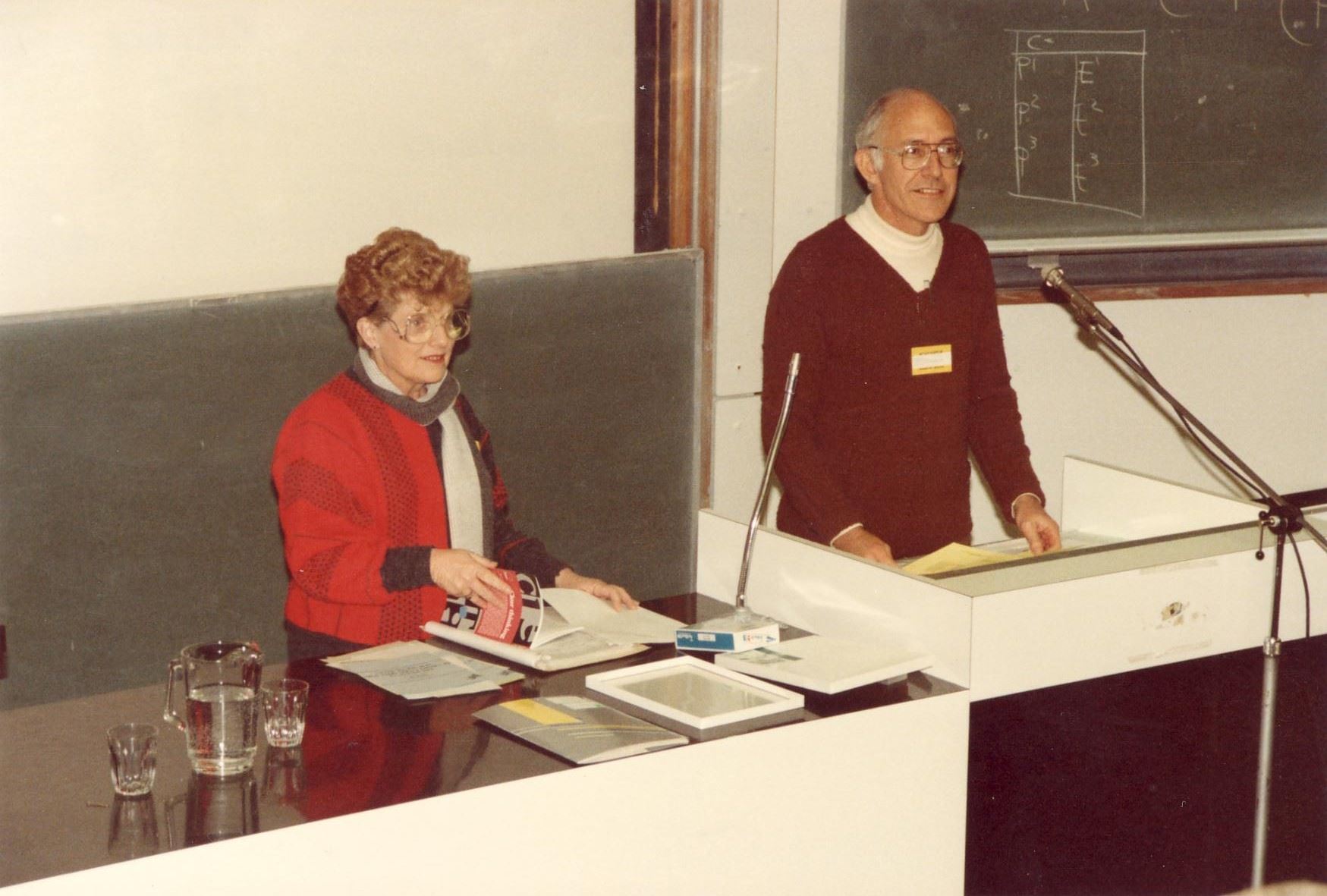 Joan and John Gormley at a seminar in Bathurst in 1987

Father Ganey was born in 1904 in Illinois, USA. He was a Jesuit Priest and very influential in the credit union movement around the world including in Australia. He entered the Society of Jesus

Recently we have been looking at some of the courageous groups that started credit unions in the 1990s – a time when conventional wisdom said it was a bad idea. While they each were only short-lived,

Gary Lewis described Francis Leo (Lee) Nash as a “pioneer” of the Australian credit union movement in his ground-breaking study, People Before Profit: The Credit Union Movement in Australia (1996). A